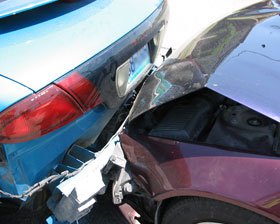 Every year millions of people are injured in motor vehicle accidents. According to the National Traffic Safety Administration someone in the United States is involved in a car accident EVERY TEN SECONDS. In 2005 alone, an estimated 6,159,000 police reported wrecks resulted in 43,443 deaths and 2,699,000 injuries. Motor vehicle crashes are the leading cause of injury death in the Unites States for people between the ages of 3 and 33. Older adults continue to be at an increased risk for being killed in a car wreck.

The increased use of mobile phones and other electronic devices has resulted in a dramatic increase in distracted drivers, which are a significant risk on our roads and highways. Whether the distraction is the result of talking on the phone, texting, others in the vehicle or alcohol, distracted drivers are among the leading causes of traffic accidents. Over 33% of the traffic fatalities in 2005 involved the use of alcohol. Many people simply are not devoting enough of their attention to driving.

As experienced Kansas City car accident attorneys, Woods Law KC is here to help when you are injured because of another driver’s negligence. Woods Law KC will investigate the crash, determine the insurance coverages available, evaluate all possible legal claims and assess your injuries. Then Woods Law KC will deal with the legal issues and insurance companies so you can focus on your health, recovery and family.

Recent insurance studies show that 10% of households have dropped their automobile coverage. The studies suggest that up to 20% of all drivers on the road – that’s one in five cars – may not have any insurance coverage at all. If you are injured by an uninsured driver, your own insurance policy should provide you coverage.

In both Missouri and Kansas, state law requires that uninsured coverage be included in all auto insurance policies. Uninsured motorist coverage applies to a variety of situations including drivers who do not have insurance and drivers who leave the scene and cannot be identified. Making a claim under your Uninsured Motorist Coverage will not raise your premiums because the wreck was not your fault. In effect, your insurance company becomes the insurance company for the at fault driver. Woods Law KC recommends that you have at least $50,000 uninsured motorist coverage for every accident and consider getting more if you can afford it.

Insurance studies show that 15% of households have reduced their insurance coverage. More and more drivers are only carrying the minimum required insurance coverage, if they are covered at all. While $25,000 sounds like a lot of money, if you are seriously injured in a car wreck, that amount will quickly be exhausted by medical bills and lost income. Many drivers on the road simply do not have adequate coverage to compensate you if they crash into you.

If the value of your claim exceeds the insurance coverage that the responsible driver has, you may be able to collect additional money from your own insurance carrier. In Kansas, state law requires all insurance policies to provide for underinsured coverage. In Missouri, such coverage is not required, but is available if you request it from your agent. Woods Law KC recommends that you have at least $50,000 underinsured motorist coverage for every accident and consider getting more if you can afford it.

Sometimes innocent passengers are injured while riding in the car with friends or loved ones. In those situations, the available insurance coverage may come from someone close to you in addition to or instead of that of another driver. Obviously, the thought of suing a friend or family member is uncomfortable, but part of the reason people buy insurance coverage is to protect the people who get into a car with them.

Tell me what's happening and request
a time to talk about your situation.